The Rock of the Clyde 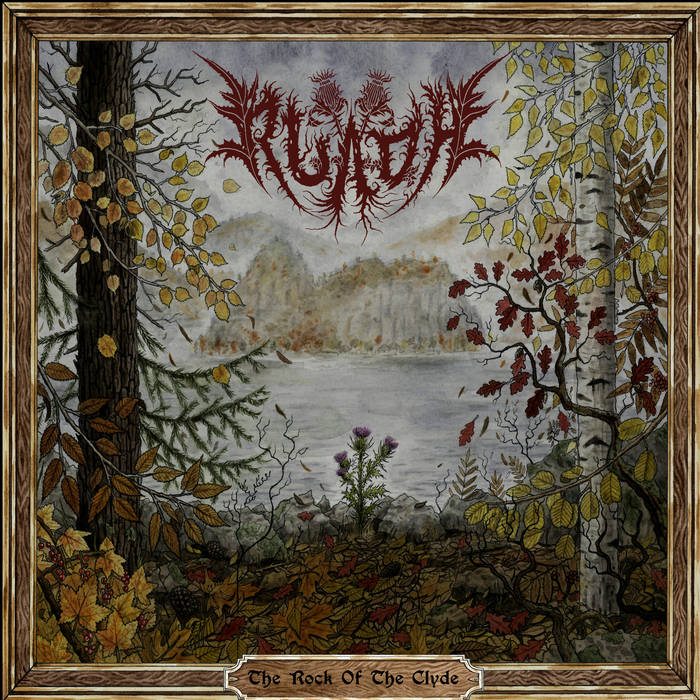 Tom O'Dell An album of extraordinary quality that grows with each listen, new nuances revealing themselves every time. It’s simultaneously serene and savage, and carries the mantle of Caledonian Black Metal with righteous aplomb. It’s well worth your time and money; buy this. Favorite track: Only distant echoes reign (Part 1).

Andy The highs do rock in a very similar vein to SOAR but it is with the lighter interludes and the clean vocals where Ruadh demonstrates that this is a lot more than it may seem at first. Favorite track: Only distant echoes reign (Part 2).

sysiphusplus3 My mom died two days ago and I needed some good music now more than ever. Glad I discovered you guys, I have metal from all over the world and needed some from Scotland for my collection. Favorite track: Embers.
more...

One-man atmospheric black metal project, Ruadh, return with their sophomore album entitled ‘The Rock of the Clyde’ There will be six tracks of epic, Scottish, atmospheric black metal with folk elements throughout. ‘The Rock of the Clyde’ is an evolution from their debut album ‘Sovereign’. It has a much more melodic feel yet has more visceral elements too. Tom Perrett, hailing from Rutherglen (also known as the red glen) in the central belt of Scotland looks to forge a sound akin to the classics he has always enjoyed such as Bathory, Burzum, Windir and Emperor. Ruadh’s sound will also appeal to fans of newer atmospheric black metal bands such as Saor, Winterfylleth and Panopticon. ‘The Rock of the Clyde’ contains six tracks that are massive in both scope and scale, taking you through the Iron Ages in Scotland. It also explores the history and mythology of the people of Scotland, conveying both sorrow and uplifting, almost heroic tones. Social Media  Official Website: ​https://ruadh.bandcamp.com/releases Facebook: ​https://www.facebook.com/ruadhofficial/ Twitter: ​https://twitter.com/ruadhofficial Instagram: ​https://www.instagram.com/ruadhofficial/

RUADH (which is pronounced "Roo-Ah" and translates to "red") is the Atmospheric Black Metal project of Tom Perrett from Glasgow, Scotland.

Tom was born and raised in one of the oldest Burghs in Scotland, which translates to "The red glen". The derivation of the town's name is unclear but one theory is that the area was once a settlement of Reuther, a Scottish king who ruled between 213 &187 BC. ... more

Bandcamp Daily  your guide to the world of Bandcamp